CROTONE: CALABRIA AND FACINO’S COMPANY AS PROTAGONISTS AT CIBUS

Also “Facino Gastronomic Specialties” was attending, among other thousands of gourmet products on display, the italian International Food Exhibition, which has led to Parma many buyers from all over the world.
An important showcase if you consider that Cibus, the International Food Fair, was confirmed the reference event of italian agribusiness in 2014, a great showcase of international visibility with conferences and panel discussions on current topics in the field of Food and Retail.
Opened on May 9th by the Agricultural Policies minister Maurizio Martine and the Health minister Beatrice Lorenzin, the exhibition will allow the Pythagorean company to expand its client portfolios until the 12th of May.
The territorial vocation and globalization on world markets. It is a point of attraction for thousands of buyers from all over the world who are conscious of participating to a real Made in Italy event.
The Facino’s company has as main objective to let others know the good products of Calabria, not only in Italy and Europe, but throughout the world.
During these first days at the International Food Exhibition, visitors have shown appreciation for the typical products of Calabrian cuisine, giving great satisfaction to Franco Facino who has brought to the world the “Made in Calabria”, through the network built in these twelve years. 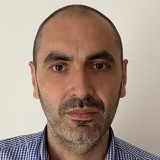